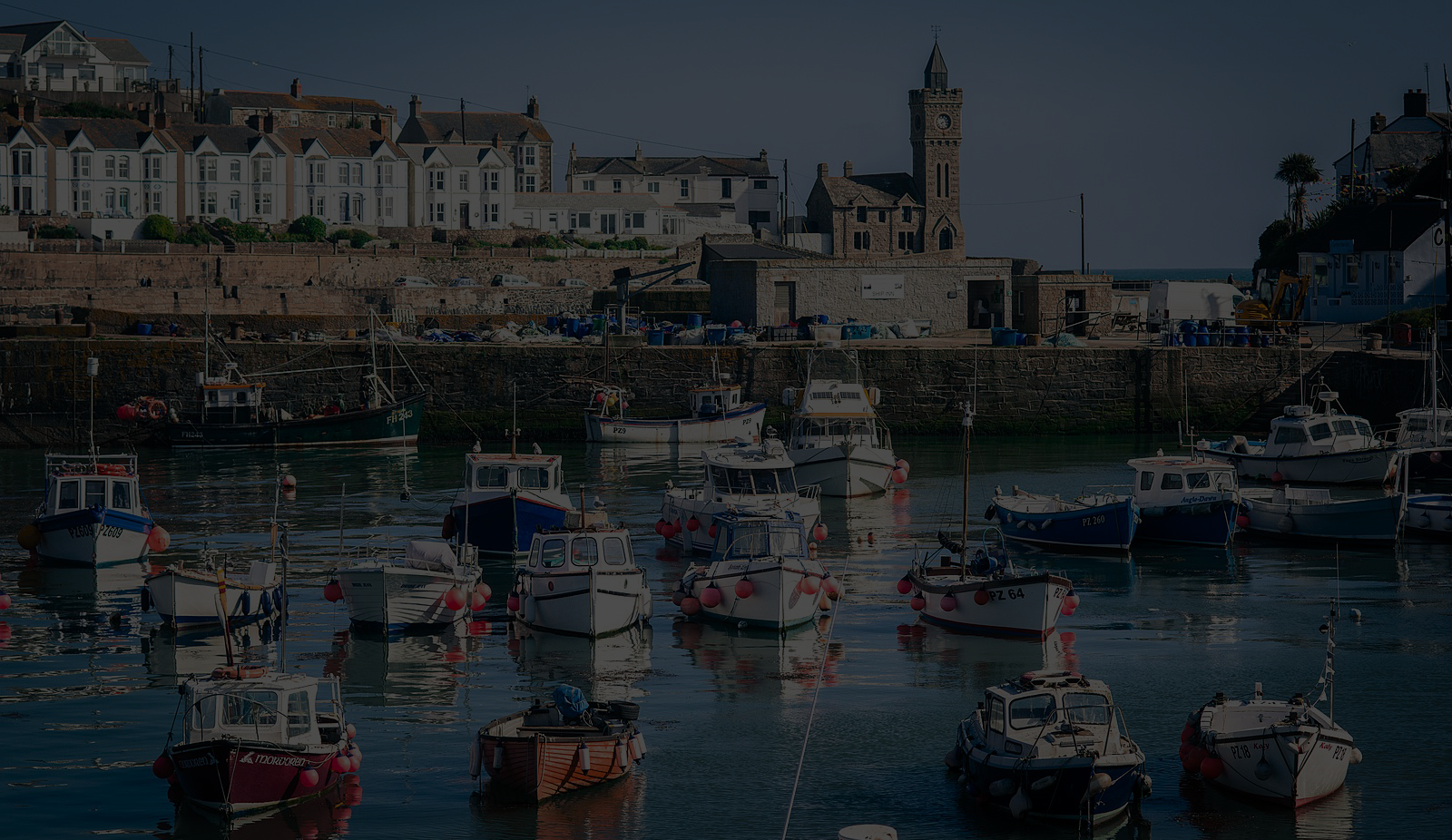 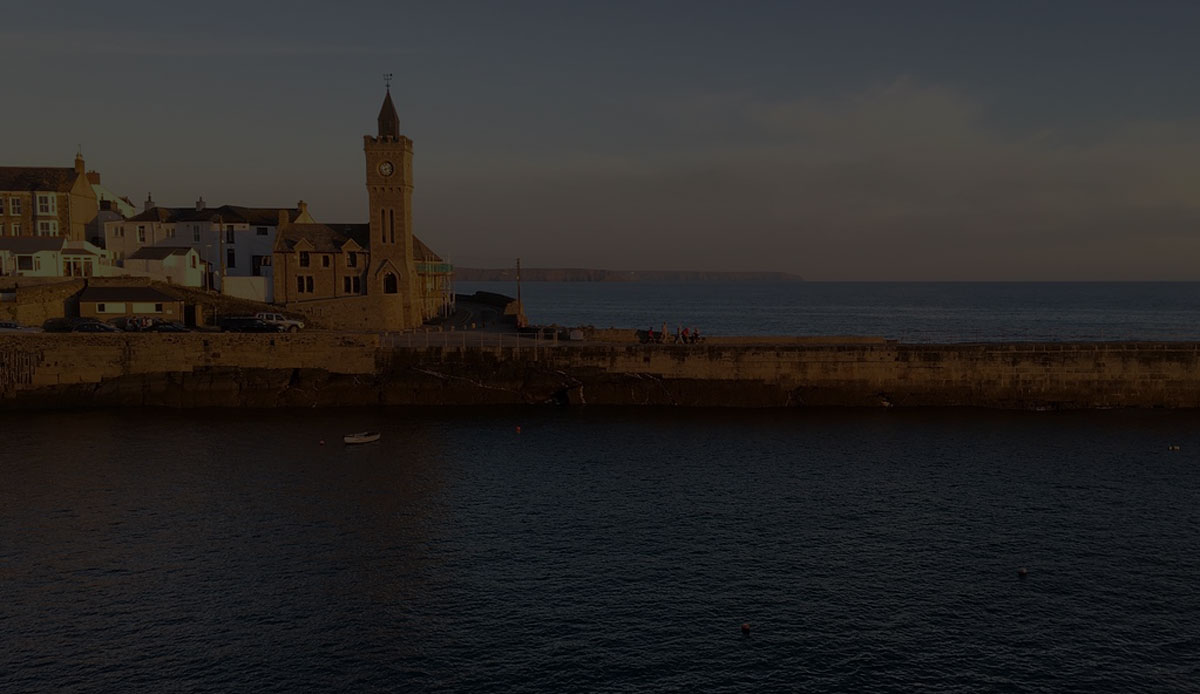 Pengelly’s Cornish Spirits is the brainchild of Nigel Pengelly, and his wife Serena.

Nigel was brought up in Porthleven, or rather on a farm less than a mile from the centre of the port, where he worked as a herdsman.

The farm is still there, and the Pengellys (now living on St Peters Way), still farm part of it. The Pengelly’s always liked a tipple and so the idea of a gin for Porthleven was born.

Nigel met up with his old mate and school chum William Tyler-Street, who owns the award-winning Curio Distillery at Mullion, and after a host of tasting sessions – Pengelly’s Porthleven Gin was ready for production.

Porthleven Gin was designed to be smooth above everything else, and not overpowering. Although there are hints of citrus and coriander, this is a gin you can choose to flavour yourself away from a world of increasing wild and varied flavoured gins. 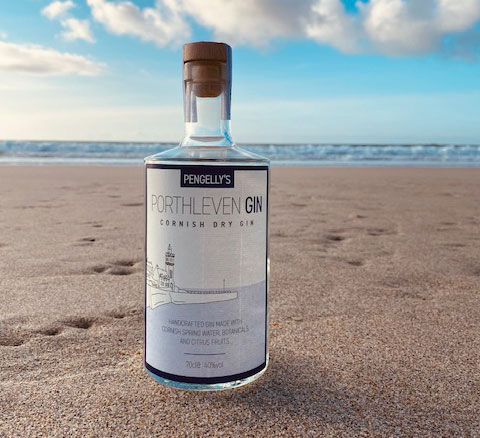 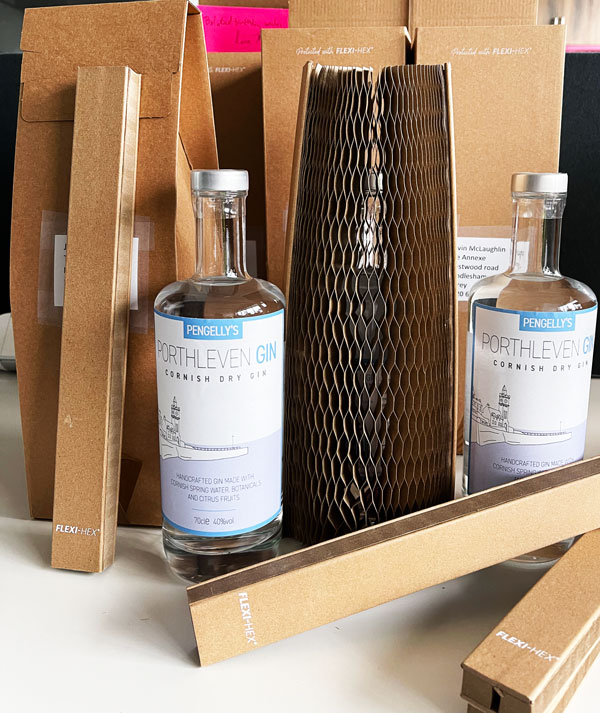 Being a Porthleven gin, we needed some Porthleven packaging for our mail order and who better to ask than the guys at Flexi-Hex, who are based just behind Pengelly’s Supermarket, in Porthleven.

Flexi-Hex is designed to be user friendly, help prevent damage to bottles in transit, reduce the total amount of packaging required and reduce the environmental footprint.

At Pengelly’s Porthleven Gin we steer away from single-use plastics, noting the devastating effect on the environment, and so we’re using Flexi-Hex to wrap up all our bottles.

GIVE SOMEONE SPECIAL A TASTE OF PORTHLEVEN

There’s no better way to gift someone with a bit of Porthleven, than a drop of Pengelly’s Porthleven Gin.

We’ve got these retro, limited edition postcards that we will write in your message in typically scrawly Cornish handwriting – and pop in with the bottle.

Why are the messages handwritten? Everything we do is done lovingly with detail – especially when it comes to our small-batch, hand-crafted gin. Also, the printer has run out of ink… 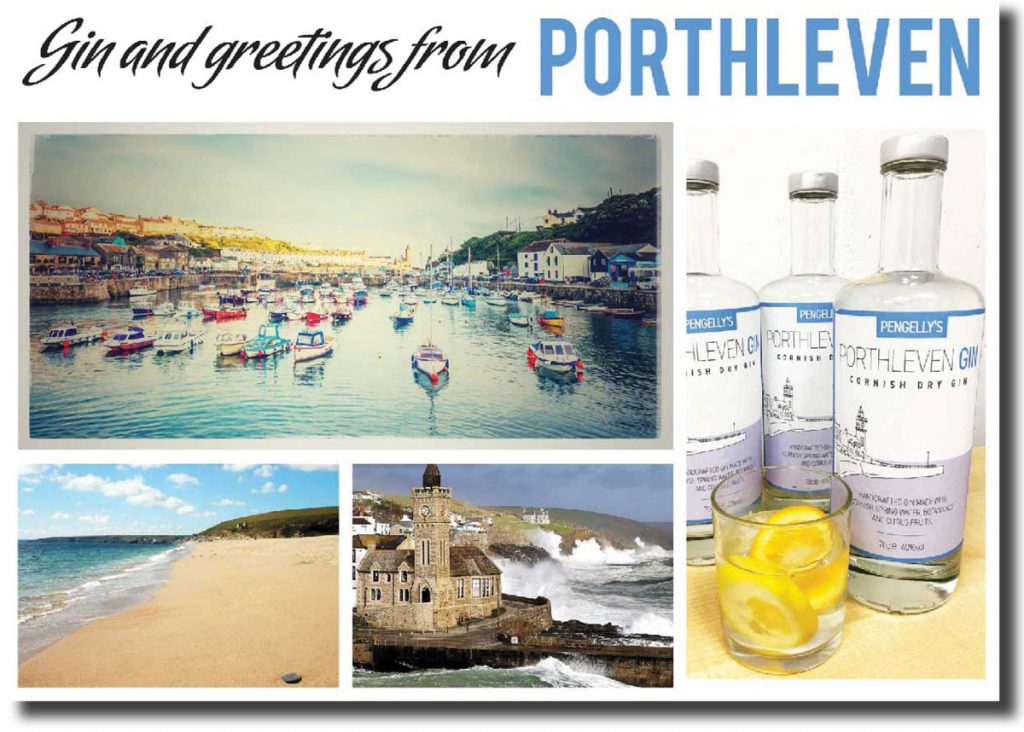 IT'S PORTHLEVEN GIN TIME
Are you 18 or older? Pengelly's Porthleven Gin requires you to be 18 years of age or older. Please verify your age to view this website, or click "Exit" to leave.